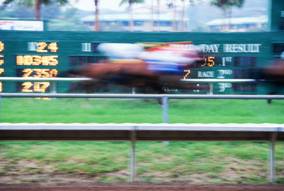 Several of our performance engagements have been associated with customer interest in Integrity Server systems and the necessity of achieving equal or better performance than they received on Alpha systems. These engagements have resulted in the sale of many machines as customers see the benefits of migration toward other platforms and away from Alpha.

Upon completion of the initial discussion of the application, BRUDEN will supply a proposal to the customer that will include a cost estimate. BRUDEN always strives for the best possible performance with any engagement regardless of the estimate.

During the engagement, a BRUDEN engineer will typically be at the customer site (or accessing the site remotely) for 4 to 5 days. He will have support from additional BRUDEN personnel.

The results of many BRUDEN performance tuning engagements have shown that we have been able to provide performance improvement in a variety of applications.

Examples of engagements and general performance improvement are described below.

Where possible we provided company names for our clients. BRUDEN respects the privacy needs of its customers, customer names were left out unless agreed by prior discussion.

BRUDEN was called into a stock exchange in the EMEA (Europe, Middle East, and Africa) region to provide porting and performance support for an application being moved from an Alpha to an Itanium system. The application was written using the C programming language and wrote to files using RMS calls. After completing the initial port the number of transactions per second went from ~250/second to just over 600/second. BRUDEN provided additional application/system tuning and was able to increase the number of transactions per second to over 1,600/second.

BRUDEN was brought into a customer site in Switzerland by HP. The customer was porting an Oracle application from an Alpha GS1280 to an Integrity Server RX7640. The benchmark included a batch job that took 100 minutes to run on a GS1280. After porting to the RX7640 (single-cell) the customer saw run times reduced to just under 60 minutes. BRUDEN applied tuning to the application and reduced the elapsed run times to less than 7 minutes.

CARFAX (the most trusted provider of vehicle history information in the U.S.) engaged BRUDEN to provide a proof-of-concept for porting an application from PL/I to Java. Part of the engagement included tuning an application that was inefficiently processing records. BRUDEN used advanced tools to locate the inefficiencies and was able to reduce the time to process 50,000 records from 375 seconds to less than 90 seconds

The following testimonial was provided by CARFAX

"We needed to compare the capacity of Java on OpenVMS/Itanium versus Java on Windows in planning a major code migration. While we could have done it all in house, the cost of diverting our developers to teach themselves OpenVMS tuning for Java was too high.

Of the several organizations we contacted for assistance, BRUDEN seemed to have the best grasp of our needs, so we selected them for the work.

BRUDEN proved flexible in accommodating our need to learn from the process. They worked directly with a few of our developers, so that we could learn to tune VMS for Java. They also developed tests specific to the code we were interested in migrating. And finally, they delivered a presentation to developers and managers, who needed to understand the technical reasons for selecting one or another option.

The results of the study and the presentation were so well received, that even those managers and developers who normally focused on Windows solutions encouraged us to migrate to the OpenVMS solution. In fact, they insisted that we roll out tuning on the Alphas and that we migrate to the Alphas, rather than waiting for the Itaniums to come on line. BRUDEN has continued to assist us with occasional questions in the months since this study was complete. BRUDEN met or exceeded every expectation we had for them. We were particularly pleased with the quality of their expertise and their willingness to share suggestions for improvements in other areas of our processing environment, when they saw the opportunity."